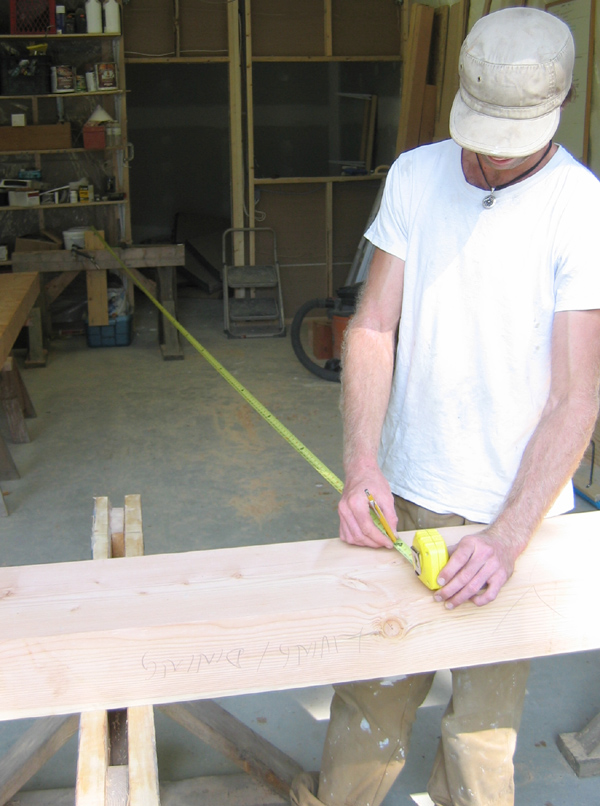 Curves are to be cut into several timber accents for this remodel, and the layout method was both quick and accurate.

We used a standard tape measure as a tramel. The tape was secured at one end to a saw horse so that it would pivot on a nail. The other end of the tape had a hole drilled into it to allow for a pencil to slot in and draw the line.

To centre is found by moving the timber to meet both end points of the curve, and then the tape is swung in an arc with the pencil marking the curve on the beam. 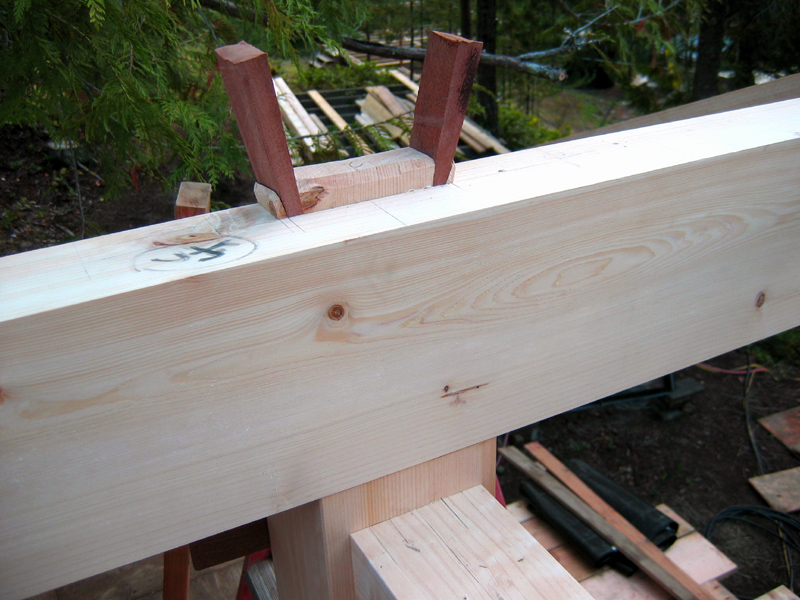 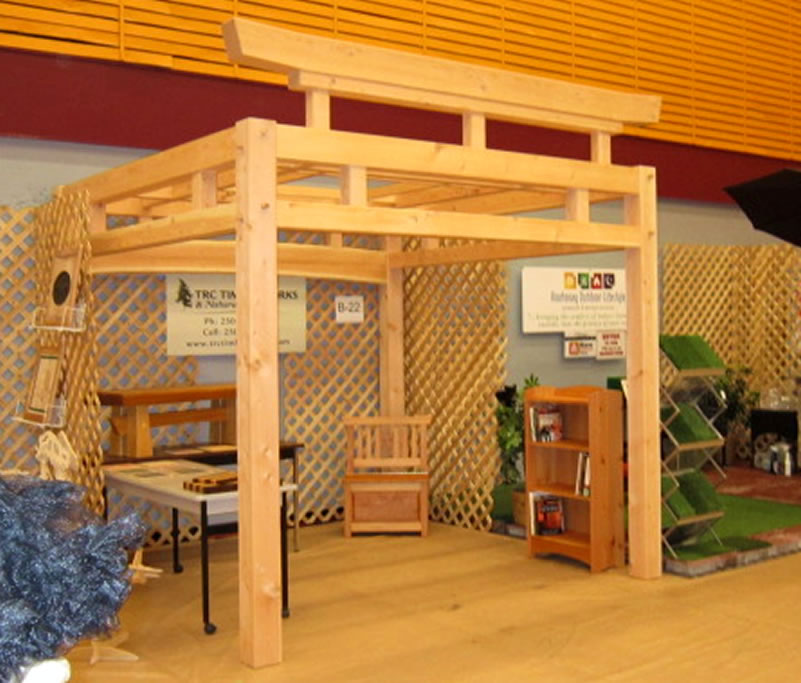