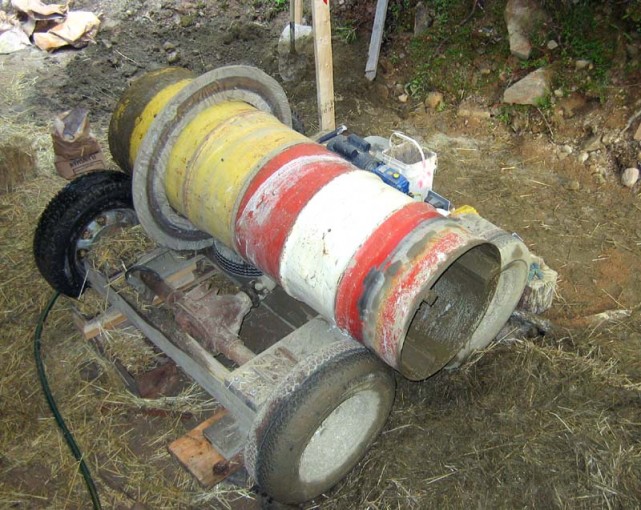 Rather than laboriously tossing clay slip with straw by hand to make light clay straw for finishing the stuffing of the bale walls, we used this mixer to speed up the process. We could mix large batches of light clay straw in a short amount of time as well as maintain a consistent amount of clay and moisture on the straw.

Two people load the mixer at one end with straw and clay slip. The clay slip gets mixed beforehand in buckets. It is a combination of water and either bagged clay or soil with a certain clay content.

The long barrel of the mixer is sloped downwards away from the end that gets loaded, and the straw and clay slip are tossed together as they move down the length of the mixer.