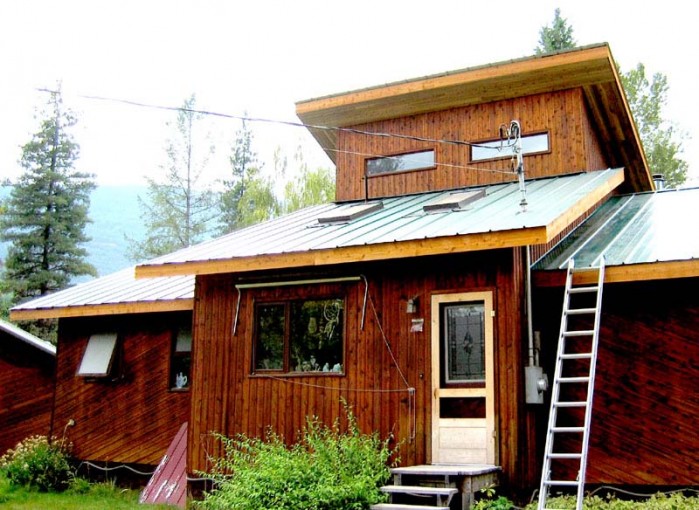 The family that bought this house found what they thought was a minor roof leak causing a discolouring of the ceiling drywall. After inspection, they realized that the roof had been built without tar paper, causing major leak and insulation issues.

The wet batt insulation needed to be removed, so the owners decided to have it replaced with soy-based spray foam. The soy-based foam can be a greener choice over standard spray foam, and it acts as a vapour barrier as well.

The entire roof was taken off to allow for the new insulation, and then new Ribloc metal roofing was installed. When the Ribloc sheets are installed, the roofing screws are hidden, eliminating the need to replace screws every decade to prevent leaks.

At the same time, we replaced the skylights in the roof, as the original ones had some problems and had been leaking as well.