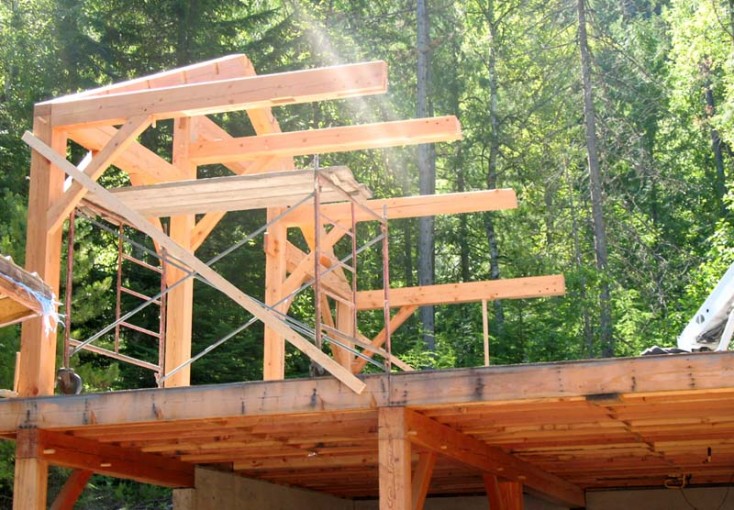 In the old days of the barn raising events, many neighbours would assemble and lift the frames with ropes, pulleys, and human power. This may be done nowadays, but for safety reasons, a crane is often used to lift the large timbers while the crew of timber framers secures them into place.